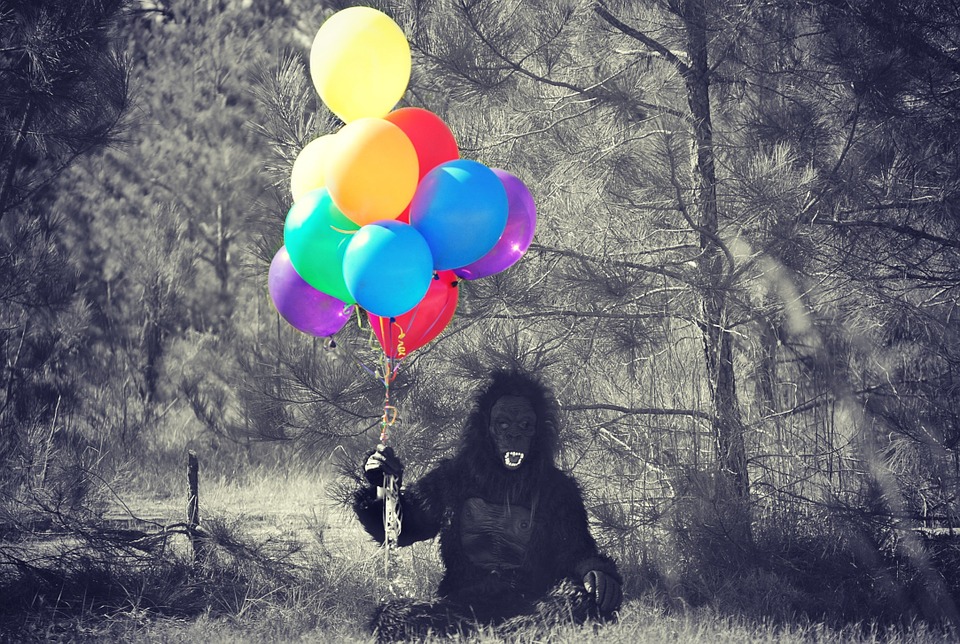 (A joke that I wrote and performed for stand-up. It’s okay. I didn’t understand the joke myself.)

So, every time I drive by the mall, I’ve seen a man in a gorilla costume holding a sign for discount haircuts. But the other day, I noticed that he wasn’t in the gorilla costume. So, I asked him what happened to the costume and he tells me that he’s an actual gorilla and it’s a human costume he’s wearing. Then he even takes off the human mask to show me that he’s a gorilla. Then he says, “Don’t worry, they pay me the most you could give a gorilla…100 bananas.” So I ask him, “100 bananas? What’s the minimum wage, a banana smoothie?” And he says, “No, a gorilla costume.”